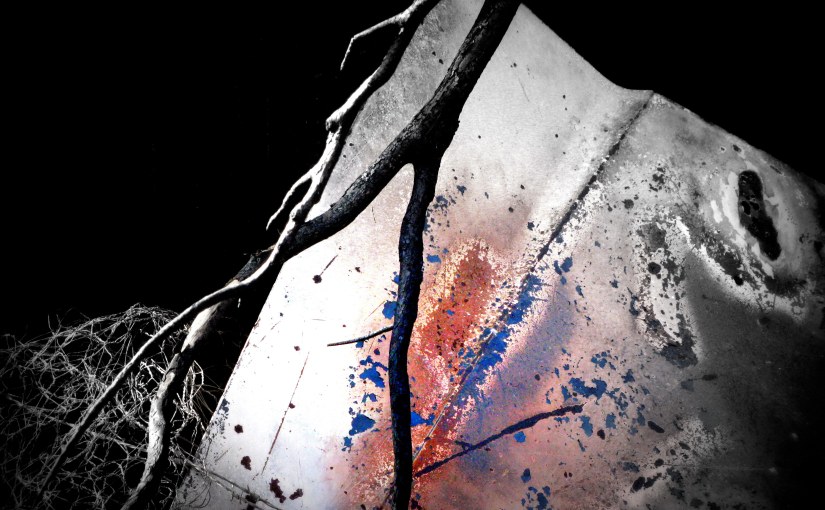 Memorialisation takes on greater significance and more noble heights during milestone years. After one, five, ten, twenty- five years and so on, commemoration of significant events in history or in our personal lives is important to remember, celebrate, mourn or commiserate and in some instances, to learn. As Victorians begin February, they are being presented with an intensification of 10th anniversary events commemorating the Black Saturday Bushfires of February 7, 2009, the day that a firestorm of unseen proportions killed 173 people, destroyed over 2000 homes and left more than 6000 people homeless. These are the figures that scream the loudest. Further facts and figures reveal the impact on the whole State.¹

The commemorative events are many and will appeal to different sections of society: academic presentations at a symposium, a flurry of new documentaries and films, books, interviews, art and photography exhibitions, talks, church services, meetings, newspaper articles and many private commemorative get- togethers. Most of the fire survivors I know will avoid these events. I can’t help thinking that there is a considerable level of opportunism in the timing of some of these new books and films which deal with this national disaster.

One of my deepest residual psychological blocks from 2009 is the issue concerning those who overstepped the mark in terms of opportunism and lack of sensitivity. Within days of losing my house, the vultures were out – first came the tourists with cameras, but they were quickly dispelled thanks to the installation of road blocks soon after the fires. Then came the media, artists and photographers. Some behaved appallingly during those early days, eager as they were to cash in on the spectacular nature of the event and, in the process, make a name for themselves. During a time when people were mourning the loss of loved ones, or their homes, their way of life, the ‘recorders of bushfire’ were on a mission to get in early, at a time when the army was still scouring the hills for bones of the dead, when the helicopters above buzzed like a scene from Apocalypse Now, and when ancient eucalypt trees glowed red in slow death, the white ashen ground still hot.

Media journalists at the time lacked an ethical framework for dealing with a national disaster of this size.² They were simply told to go; get the scoop, the best story. Road barriers were often ignored, especially at night if unmanned: in the day time, fabricated identities were used to gain entry. Some behaved like paparazzi, while others, when faced with the enormity of human tragedy they witnessed, revealed respect, restraint and empathy in their reportage.

Now that ten years have passed, I need to purge this anxiety, a sort of PTSD, from my memory. That’s the plan. I did try to do this back in July 2009. I took up the offer of 10 free psychology sessions at a nearby clinic. I had a rather naive plan in place- the sessions would help remove all that adrenalin from my brain, which included this distaste for these bushfire vultures. I lasted only 3 sessions. I wanted to talk about fire issues: my anger at telcos, bureaucratic nightmares, the insensitivity of media: my psychologist was heading somewhere else. I lost faith in the process when I watched her eagerly jot down some notes after I mentioned the word ‘MOTHER’. Just another Freudian obsessed counsellor. I left, not in a huff, but with all my residual angst firmly intact.

I won’t be attending any major memorial events, I won’t be looking at any documentaries or films with bushfires roaring in the background: I have never watched any TV news or documentaries dealing with fire over the last ten years. Some of these blazing reports are now appearing on my Facebook feed: Facebook, everyone’s pocket TV. I won’t be sitting in the local hall watching the latest film offering, and I won’t be attending any art exhibitions portraying bushfire. No churches for me, no gatherings in silence with a cuppa. No trip up into the hills to see how my old bush block is recovering. But I do plan to do a few things on the day and during the following year. I will look out for an eagle in the sky. It was mighty Bunjil circling in the overheated and smoky sky who warned my dearest friend to leave her home on that day. I will also visit a local gathering in Hurstbridge, one being organised by Helen Legg, an amazing and dedicated volunteer who gave most of her days to assisting those who had been affected by bushfire for two years: a drink is on the agenda. I will give thanks, once again, to all those who assisted my family after that National Disaster. I also plan to read a lot more about fire. I’ll start with works by Stephen J Pyne.³ It’s time to learn from sources that are objective and well researched, especially as the reality of global warming makes wildfire more common around Australia and around the globe, in places that have never experienced them before.

A film I may consider watching might be Afterburn- in the Tigers Jaws. ‘The Steels Creek community invited the research team to use them as a case-study because they believed that something lasting had to come from this terrible tragedy and future communities would benefit from partnering with the academic and creative industries. Afterburn has the potential to influence future policy development at all levels of government in the areas of collaborative community recovery and the long-term impact of trauma on communities and individuals.’

I have great admiration for a few journalists whose work stood out from the pack during Year 1. Thanks to Ian Munro of The Sydney Morning Herald and The Age newspapers and to Gary Hughes, a St Andrews resident and Warkley award winner, who wrote so poignantly of his own survival. And to Jon Faine, radio presenter from the ABC, whose broadcasting efforts and interviews, particularly in the Strathewen community, were remarkable.