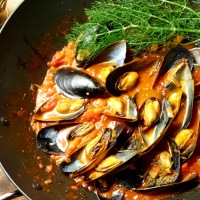 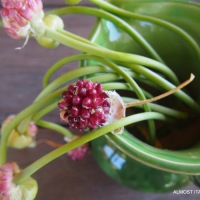 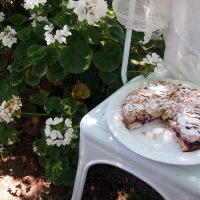 I am a late comer to the sweet, exotic taste of fresh figs. I put this down to the fact that I didn’t grow up with a fig tree in the backyard, and so I never tasted fresh figs as a child. If I mention figs to those of my mother’s generation, they always respond with the word ‘jam’, indicating that fresh figs didn’t feature in their cooking repertoire but knew them only in jam. Figs, until recently, were not sold in fruit shops and markets, being difficult to transport and keep. You either learnt to love them or hate them based on your ready access to the fresh fruit. Figs now appear in our markets, especially farmer’s markets, and often fetch a grand price.

In Italy, figs have been associated with Cucina Povera, poor rural or peasant food based on seasonality. Many amusing idiomatic expressions centre around the humble fresh fig. If you say ‘mica pizza e fichi‘ you are indicating that something you have, such as a fine wine or a new purchase, was quite expensive, not like pizza and figs which are cheap and commonplace. Another expression- non importare un fico secco, ( doesn’t matter a dried fig) means something is of little importance, not unlike the English expression ‘not worth a fig’ or ‘couldn’t give a fig’, the latter phrase now modernised in Australia, a land not shy in embracing creative variations of the ‘F’ word, to ‘couldn’t give a fuck’, or ‘a flying fuck’. Given that fresh figs are now too expensive and fashionable, figgy expressions may become obsolete, unless you grow them yourself.

Heat the oven to 200C/400F/gas mark 6. Line the bottom and sides of a 24cm loose-based cake tin with baking parchment. Put the butter and sugar in an electric mixer bowl, and use a beater to work them well until they turn light and pale. Beat the eggs lightly, then, with the machine on medium speed, add them gradually to the bowl, just a dribble at a time, adding more only once the previous addition is fully incorporated. Once all the egg is in, mix together the almonds, flour, salt, vanilla and anise, and fold into the batter. Mix until the batter is smooth, then fold in the yogurt.
Pour the batter into the lined tin and level roughly with a palette knife or a spoon. Cut each fig vertically into four long wedges, and arrange in circles on top of the cake, just slightly immersed in the batter. Bake for 15 minutes, then reduce the temperature to 170C/340F/gas mark 3 and continue baking until it sets – about 40-45 minutes longer. Check this by inserting a skewer in the cake: it’s done if it comes out clean. Remove the cake from the oven and allow it to cool down before taking it out of the tin and sprinkling with a teaspoon of caster sugar.

Serve cake with a syrup made of figs, or fresh yoghurt or marscapone.

Other highly recommended fig posts from bloggers this week.

Italy on My Mind, Figs and Curds.

20 thoughts on “More Figs Please and Another Lovely Cake”