#restaurantstlawrence in Hurstbridge hasn't been open too long but has a short and interesting seasonal menu. The creme caranell with a sweet semillon reduction sauce and berries was a generous serve. Great foid to share.
Leek croquettes. Last of 5 on a share plate. Oozing deliciousness. #restaurantstlawrence #hurstbridgedining #hurstbridge
So i had around one large cup of zucchini soup left over, not enough for lunch for two. I warmed it, added a nice pile of grated Pecorino Romano and then a handful of ricotta. This became the sauce for chunky mezzi rigatoni, the sauce filling the half tubes nicely. Torn basil and pepper added at serving. I know what you're thinking, it looks a bit like baby chuck, but it tasted so good. Best use of leftovers in a long time. #nezzirigatoni #zucchinicookbook #wastenotwantnot
Classic zucchini soup with kale. Recipe on the blog. Details in bio.
Crunchy Japanese pickle at #misoyasakebarbrunswick #misoyasake. Will be copying this one, given all the cucumbers in my garden.
My favourite dish in my favourite Japanese sake bar. Agedashi Tofu. More please. #misoyasakebarbrunswick 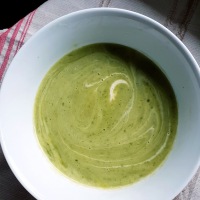 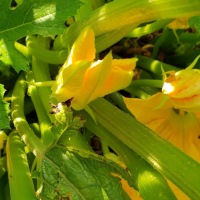 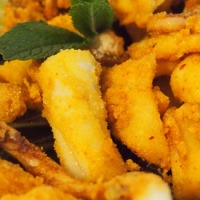 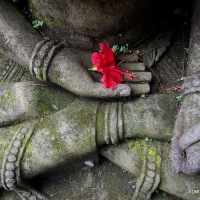 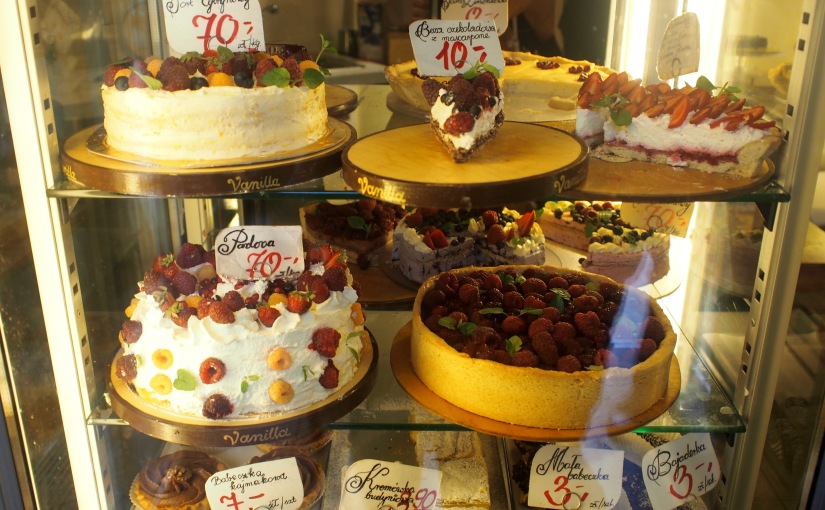 Let’s be honest about tours and their guides. Short tours can be either informative and enjoyable or drop dead boring. I’ve often noticed large, passive groups in city squares, churches and galleries huddled around a guide, and whispered surreptitiously how pleased I am not to be a part of them. A tour only works when the guide is not only knowledgeable but also engaging and open. A willing smile and a readiness to share a few jokes and inside stories also goes a long way.  The group needs to be small: dialogue is essential. The Food Walking Tour of Krakow, led by our guide, Nika, ticked all the boxes.

Nika readily admits she loves her job and that’s pretty obvious from the outset. A graduate in Slavic languages and well versed in history, Nika grew up in the area. She’ll point our her primary school along the way, and often refers to her grandmother’s cooking, her love of pickles and her passion for Polish traditional food. With her love of language and travel and her passion for food, Nika makes a wonderful guide. As luck would have it, only three participants turned up on the day of our tour, and with Nika that made four in total, giving me plenty of opportunity to ask her lots of questions along the way. Most of her groups are much bigger but the company professes to keeping group numbers under 8.

The tour begins at the Old Synagogue in the Jewish Quarter of Kazimierz. The streets bordering this area aren’t as busy or as touristy as the centre of Krakow, which makes this tour more authentic. The tour includes visits to small businesses, a hidden farmer’s market, eateries and local vodka pubs, without the tourist markup. We start with a small sample of red and white Borscht, the latter called Zurek. Zurek is made from a starter (similar to a sourdough starter) made by fermenting rye bread, or rye flour with water for three days. The soup includes potatoes and hard-boiled eggs, with optional meat, and then the starter is added towards the end.

At the farmer’s market we sampled generous portions of pickles and salted, cured cabbage. At the traditional sausage and smoked meats shop, the lone carnivore in our group sampled kabana made from horse meat, as well as a slice of fat sausage made from blood studded with barley. The local cheese, Oscypek, was my favourite, a smoked cheese made of salted sheep milk from the Tatra Mountains  of Poland. The cheese is pressed into beautiful wooden molds and is often served with cranberry sauce. It is a bright yellow semi-soft cheese, with the salty flavour and texture of Haloumi and the addition of smoking from forest woods. 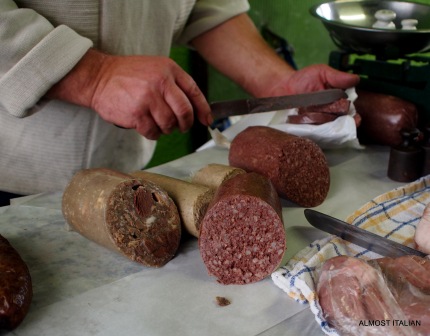 Blood and barley sausage. Home made in the mountains. 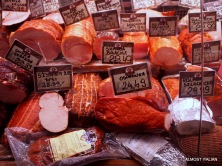 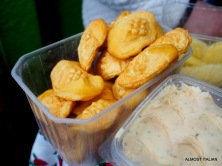 At some point we stopped for a little Polish plum drink and then it was off to the famous Przystanek Pierogarnia corner shop, home of Krakow’s best Pierogi. People queue to eat here, though there are only a few stools inside and some wooden tables and chairs outside. We tried three types of savoury Pierogi, one sweet one stuffed with fresh blueberries and cream, and an apple pancake. I had eaten Peirogi  in fine restaurants in central Krakow before this food tour. The delicate little pierogi ruski at Prystanek were by far the best.

Following Nika through the suburbs, we then land in a glittering cake shop with tempting displays of sumptious layered cakes, reminding me of my first taste of layered Polish cake as a six year old child, a very vivid food memory. We sampled some rolled poppy-seed cake: the key to a successful poppy-seed cake is the delicate flavour and  moistness of the black centre.

By late afternoon, the cold was setting in, a perfect time to sample a vodka or two. We visit two bars, both very different in style. At the first stop, we downed our Vodka, after learning the most important Polish word of the tour- Na zdrowìe ( pronounced Naz- droh- vee- ay ), followed by the traditional accompaniment, a small slice of rye bread with a slice of pickled herring, onion and dill cucumber. Nika stressed the importance of clinking of glasses, whilst toasting- Na-zdrowie- and simultaneously looking directly in the eyes of all drinkers. Failing to do this will incur seven years bad luck.

Glowing inside and feeling more bonded, we marched on to bar number two, a great place offering organic Vodka with delicate flavours of elderflower, lemon, quince and caramel, to name a few.

Reaching for my third sample, a heavenly quince Vodka, my mind searched for that key Polish toast, but oddly, all I could think of was Perestroika or Lubie jezdzić na słoniu ( I like to ride on an elephant), crazy random words that seemed to suit the occasion, whilst meeting the direct gaze of all!

This walking tour of Crakow was run by Free Walkative Tour of Krakow. The Foods of Krakow Walking tour costs 50 PLN (13 Euro) which includes samples. Private tours can also be arranged. The tour lasts for around 2½ hours. You’ll learn a lot about Krakow, history and Polish traditions along the way. After all, food opens the door to a country’s culture. 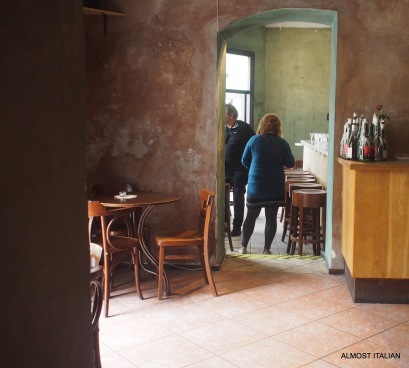 Our group at the final Vodka tasting, Krakow 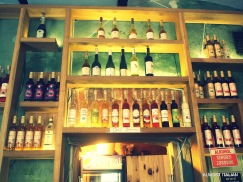 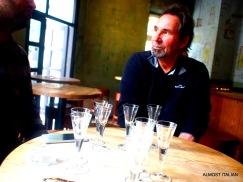 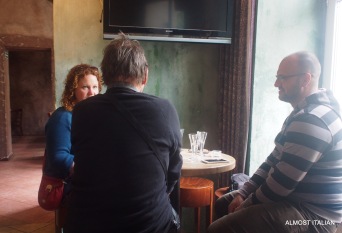 Looking serious, not sure why. 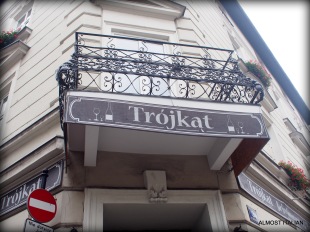