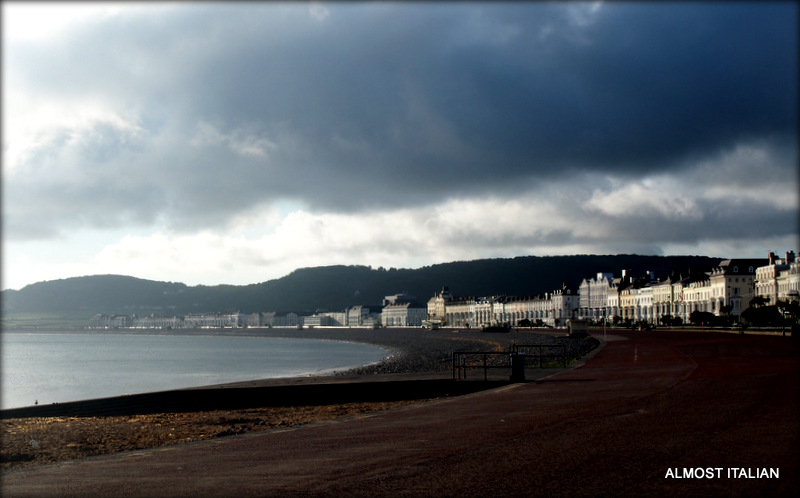 Wales, beautiful, wild, celtic Wales. I’ve always had a predilection for the western celtic lands: visiting coastal Wales helped fill in the celtic jigsaw that is never far from my consciousness. Scotland in the north and its Hebridean islands, Ireland, Wales, Cornwall, Brittany and Galicia, old kingdoms fringing the same sea, facing the same way, turning their backs on the rest of Britain, France and Spain, each with their own version of Gaelic and, along with it, a cultural independence and a certain defiance.

Driving from Aberystwyth, we stopped at the black stone village of  Dolgellau for lunch. The town is pronounced Doll Geth Lie or Doll Geth Lee or Doll Geth Lai, depending on whose Welsh grandmother you listen to and noting that the’ ll’ sound is made by putting your tongue in the roof of your mouth as if you are going to say an L then blowing. And then on past towns with interesting cat and dog sounds, Porthmadog and Ffestiniog, past more maddening street signs designed to keep our mouths working in unaccustomed ways, on past the quarrier’s village, Rhiwddolion, a place surrounded by mountains of slabbed slate glistening in the late afternoon sun showers, with enough slate to pave and roof the world. Our final destination was Llandudno by the sea, not so far if you drive in a straight line but we have a tendency to get distracted. ETA, what’s that?

I’m including this little beginner’s guide to Welsh because the language sounds so nice and because the presenter is so charming.

Wales is a ruggedly beautiful place, with more open farming district, and mountainous forested areas, with the highest mountain in Britain outside Scotland, Snowdonia ( Yr Wyddfa) and a much lower population density than Britain. Each village and town beckoned, dark villages made of dolomite and slate, brave working villages and some more stately. 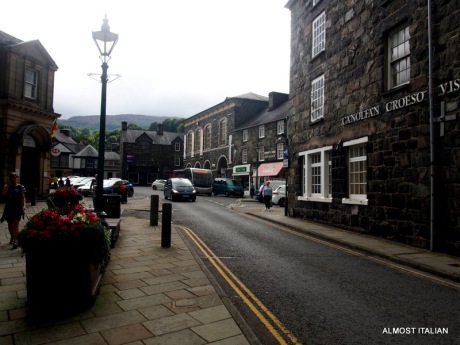 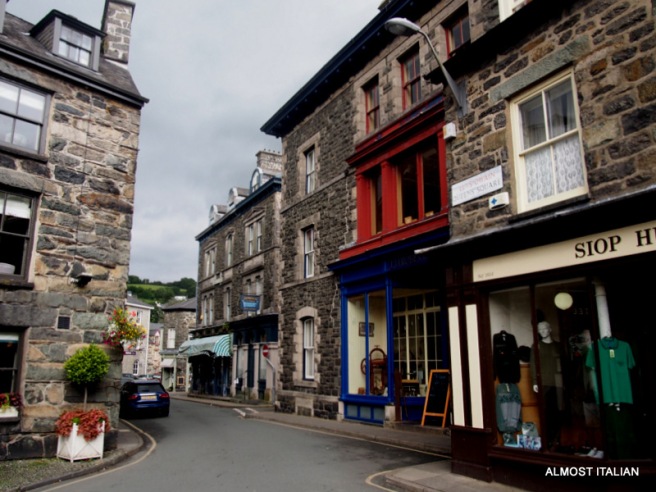 In this part of Wales, you get a sense of ‘other’, in contrast to the picturesque villages of the border where black and white houses and inns lean precariously onto the road and into each other, those Welsh towns like the book village of Hay- on- Wye, closer to the English border districts near Hereford.

Llandudno is a seaside resort dominated by a long and wide promenade with an arc of Georgian and Victorian guesthouses facing a gentle bay. It was given the title of ‘ Queen of the Welsh Resorts,’ in 1864.  For the Australian visitor 150 years later, it is an astonishing sight. Not much has changed from those earlier times. You get the feeling that older folk come here to ‘take the sea air’ or stroll out for a cup of tea. There’s a tram ride to the top of Great Orme, a prominent limestone headland, built in the 1903. I am sure people swim here sometimes too, but we saw no evidence of that, despite it being summer and late August. The guesthouses were all full and the restaurants well patronised. Nice to visit once perhaps, just for the audacity of that big parade. I hope to return to Wales, but have a preference for her wilder, wet and darker stone places.

Thanks to all those readers who offered information and links to Welsh scrabble last week. The links to these may be found in the comments page of my last post on Aberystwth.